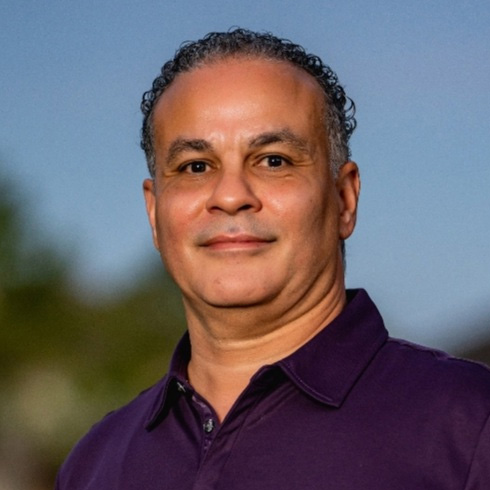 As a strategically focused leader, Brian Gordon guides FinishLine Tax Solutions' operations, passionately committed to serving clients and helping them find relief from IRS tax situations that seem hopeless. Because of its proven track record of success, FinishLine Tax Solutions, LLC has grown to become one of the largest tax resolutions firms in the country.

Brian is a native of Houston, Texas, growing up in the Fifth Ward area. He was raised in an environment that stressed hard work, character, values, and the dream of business prosperity. Brian started working at nine years old in his mother's janitorial service and daily helped her clean a medical professional building until after high school. He was so committed to business success that even as a child in grade school; Brian wore a suit to school and carried a briefcase.

Upon graduating from high school at age 17, Brian started his own auto detail business in the driveway of his family home in Crosby, Texas. His grit, vision, and determination launched him on a trajectory of success. Brian grew his business to multiple locations, serving car dealerships and individuals, becoming the most widely known and respected detail business in his local area for 13 years.

After leaving the detail world, Brian launched a career with 24 Hour Fitness where he quickly received several promotions and became a General Manager tasked with turning around struggling Health Clubs throughout the Houston area. From there, he found a new sales role with TaxMasters, where he was once again promoted quickly, and led a team of talented sales professionals.

Brian's entrepreneurial passions eventually drew him in and he founded FinishLine Tax Solutions, LLC in 2016 in which he currently serves as Co-CEO. Brian draws on his natural abilities as a leader, mentor, and coach to get the best out of his team. Those who have worked with Brian know that he has a strong vision of success and can inspire others to join in the realization of that vision. Brian teaches others the skills that have led to his accomplishments - a sincere heart to help others, phenomenal customer service, excellence, hard work, and believing in limitless possibilities. Brian is an inspirational leader that has demonstrated sustained success in each endeavor.

In his free time, Brian is a loving husband to his wife of almost twenty years, Dr. Teandra Gordon, and a devoted father to his five children- Brian II, Tiara, Tayla, Brielle, and Brynn. He is a total movie buff and deeply enjoys supporting his children's endeavors, including their many sports activities!

How Can We Help ?

The Nation's #1 Tax Relief Experts. Call us today to learn more about our tax relief  process.

Our Team of Tax Relief Experts are Here to Help! Call Us Today for a Free Consultation:

At FinishLine Tax Solutions, we are equipped to identify how much you owe in back taxes.

With millions of savings in tax debt for our clients, we are the go-to tax relief firm that can take you to the finish line. Tax relief is a phone call away. Call us now:

Let us help you put an end to your tax problems!